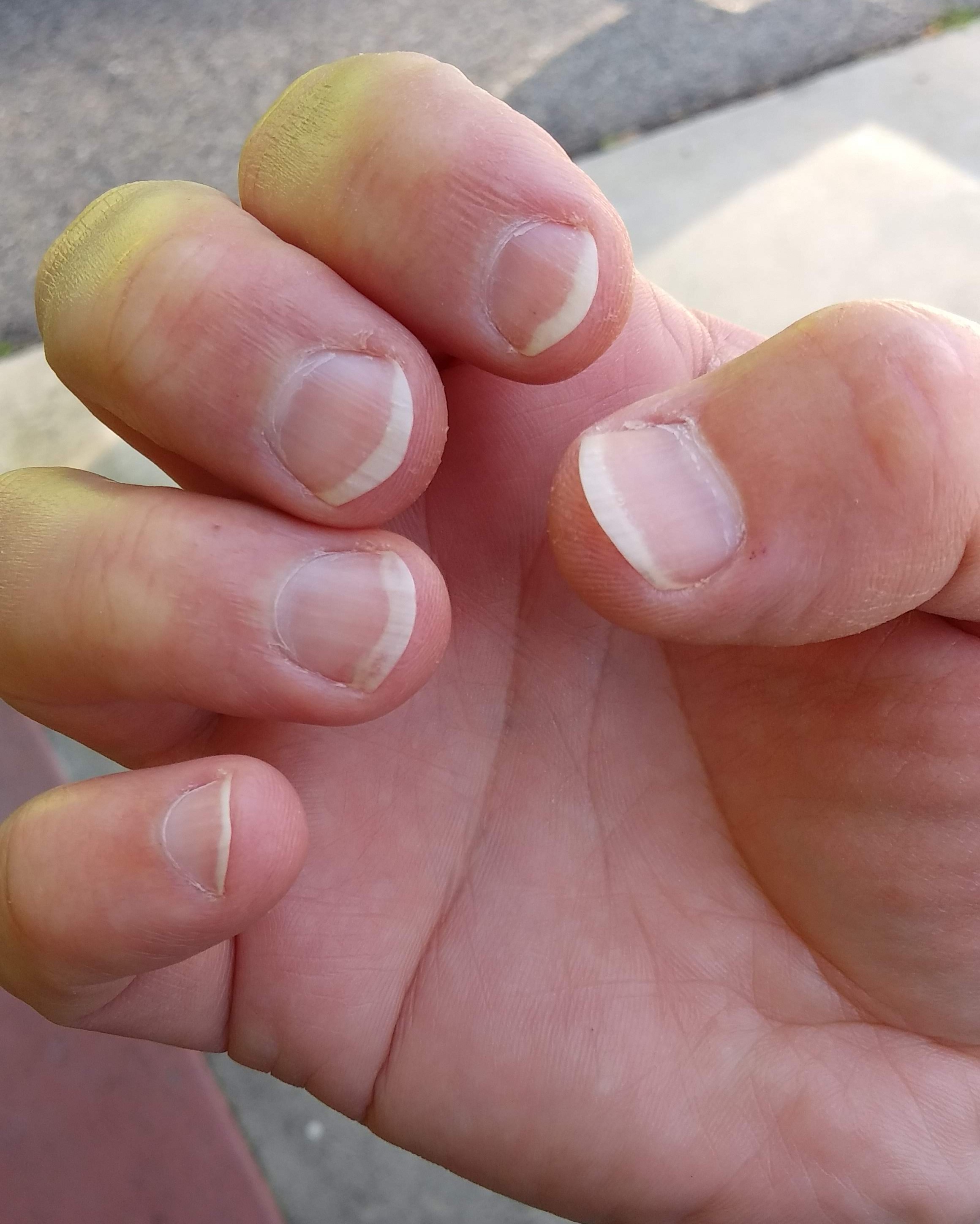 The whole idea of playing the classical guitar without nails — with just the flesh of the fingers — holds a great deal of appeal for me.

Rob MacKillop’s extensive web site is a great resource — and source of inspiration — for players of (or with) the flesh (of the fingers). His own videos are excellent, as is his touch with the guitar. The history he lays out, of players from the 19th century to the present day, is compelling.

I wanted to believe. And for other players, like the astounding Virginia Luque, I do.

And when I returned to the classical guitar some 30 years after my time studying the instrument at Cal State Northridge, I began with the flesh of the fingers. No nails.

Then I grew my fingernails for the first time in 30 years. I remembered what my teacher Ron Purcell taught me about nail length and care. I read many articles and books on classical guitar technique.

I experimented with shaping and buffing the edges, and I worked on my right-hand techique.

When it comes to my particular right hand and the classical guitar the sound with nails has a clarity and pureness that I can’t approach with just the flesh.

I’m still in the beginning stages of building my technique, but the sound and the feel of the strings with the flesh-nail technique has made me a believer.

Above: This is what my right-hand nails look like on March 30, 2020. This is the shortest they have been since I started growing them in recent months to play the classical guitar. The i and m fingers have always sounded the best. I have had trouble with thinness in the sound of the a (aka ring) finger. But this shorter length has really helped the sound. While I’m growing the p (aka thumb) nail, I’m not really using it. I have to bend the thumb inward yet away from the i finger for the nail to have access to the strings, and I find that movement awkward. I’m keeping the thumb bent “out” in a more “natural” way, using the flesh of the thumb to strike the strings. It sounds fine — and not much different than with the nail. I find the flesh-only sound of my p and a fingers to be very good. The sound of the bare i and m fingers is not so good. And since the i and m fingers sound so much better with nails — and I’m now getting a better nail sound with the a finger — I think I’m on the right path.

That said, another thing that separates my study of the guitar in the 1980s from today is the large amount of instructional materials and online video available. With classical guitar performance videos all over YouTube, it’s easy to both see and hear hundreds of players. And quite a few of those players use nails. The sound isn’t always great. There are many harsh sounds (too much nail, too long, too close to the bridge). The great players always sound … great. Bream, Williams, and yes, Segovia. Stunning.

Today’s players making videos by the hundreds for the likes of Guitar Salon International, Siccas Guitars and their own channels are all over the map. Those videos represent one of the greatest gifts to fans and students of the guitar, and over the course of watching dozens of these videos, I’ve seen techniques — and sounds — all over the map.

The first thing to remember is that the technique promoted by Andres Segovia calls for nails that are more short than long, with the guitarist striking the strings with a combination of flesh and nail.

Segovia’s nails can be seen in close-up photos in Vladimir Bobri’s book “The Segovia Technique,” which for some reason is out of print. (I’ll have to scan those pictures and upload them here).

The problem in emulating Segovia’s technique — and nail shape — is that nobody has Segovia’s hands. Different finger and hand size and shape calls for different nail length and shape.

But the idea that the nails shouldn’t be too long and that the flesh remains part of the stroke (be it rest stroke or free stroke) is the key.

Coming up: I discuss — and show pictures — of my many nail files and buffers. I have a lot of them.

Read other posts
← 1888 Torres SE 115: A fine example of the maker who set the standard for the classical guitar Ruby gtk3 GUI applications ARE cross-platform →