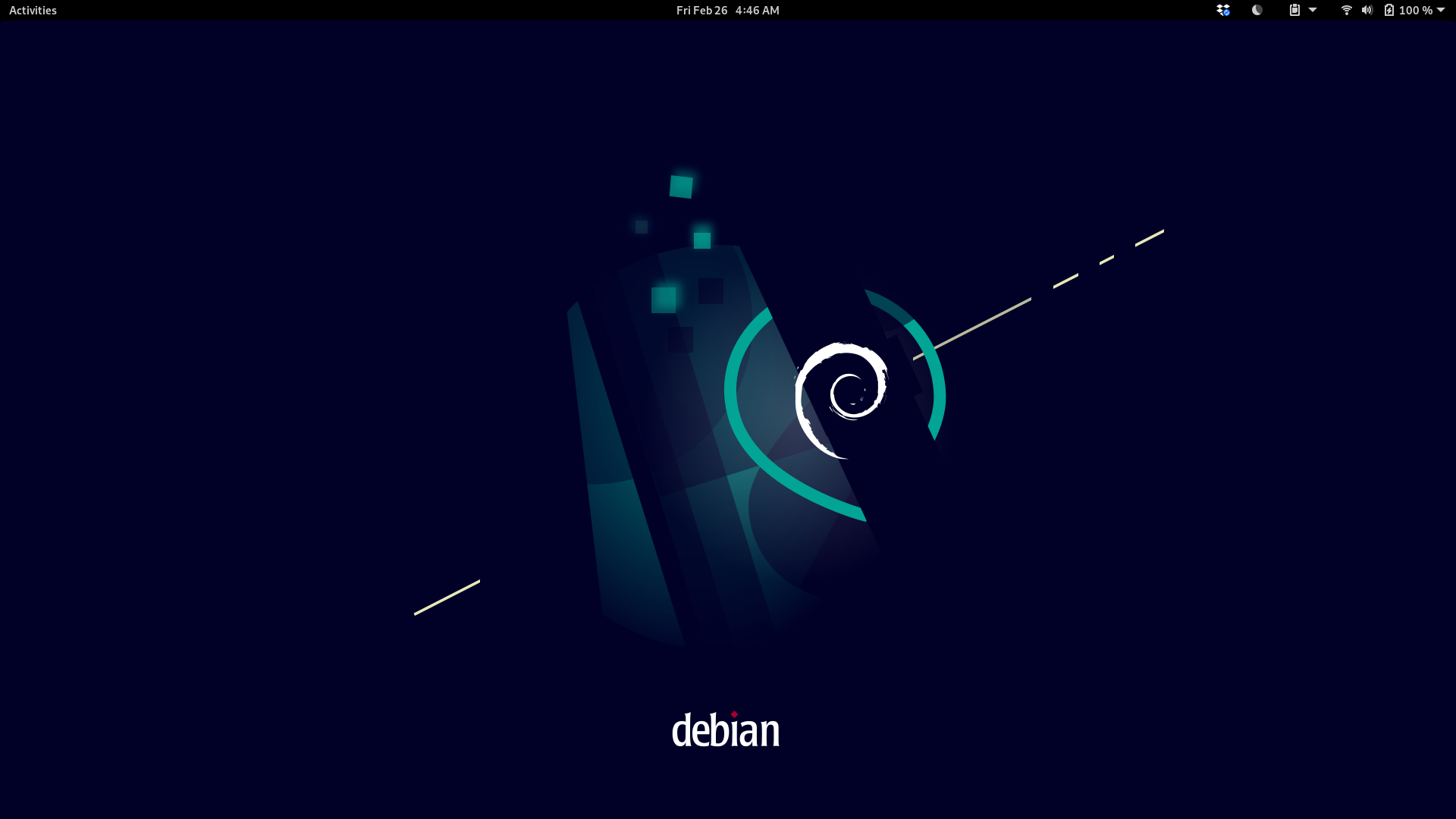 The new desktop background image for Debian Bullseye/Testing (the future Debian 11) appeared on my system last night in the updates.

It’s another in the hundreds (and probably thousands) of steps leading up to Bullseye becoming Debian GNU/Linux’s stable release later this year — sometime around July if the recent pattern holds.

Read other posts
← Reinstalling a Linux computer system: Step by step If you're worried about losing Google Sync in Chromium, you might as well use Chrome →